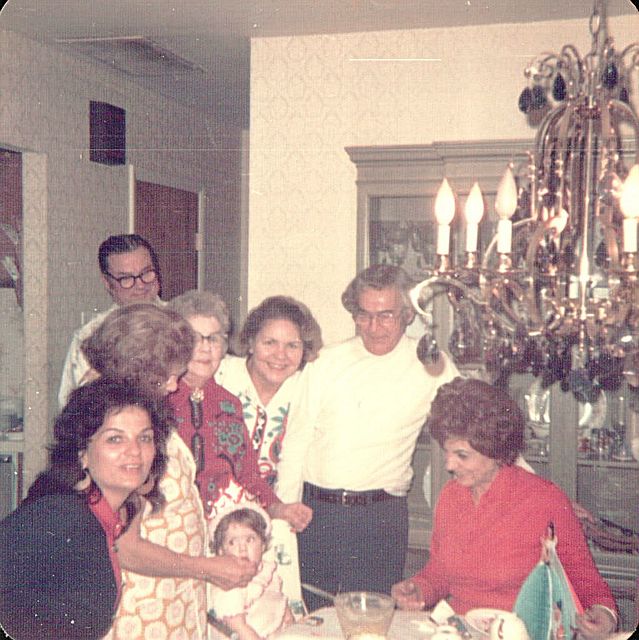 Above picture is courtesy Diana Benero--whose mother was a Scaldeferri before marriage. Here are details provided by Diana for this very rare picture in celebration of Diana's baby daughter (Gwen's) first birthday...1974. The pictured premiered at my website on 12/15/2009, having never been seen on the WEB before. It is exclusive to my website from Diana's family pictures. The photo was taken in Diana's mother's home in January 1974. Left to right: Carole~~ Diana's Mom~~Diana's daughter in front of her mother, Aunt Maude (not really aunt...just called her that Diana said and she was actually Toni-Kay's grandmother and mother of Aunt Kay~~Aunt Kay (Toni-Kay's Mom)~~Uncle Tony (Toni-Kay's Dad, Diana's Mom's brother and Uncle Johnny's brother)~~Aunt Salley sitting downwearing the red dress (Aunt Sally was Carole's Mom)~~and then there is Uncle Johnny in the background (between Diana's Mom and Aunt Maude). Uncle Johnny was Diana's Mom's brother--Carole's father and Uncle Tony's brother.