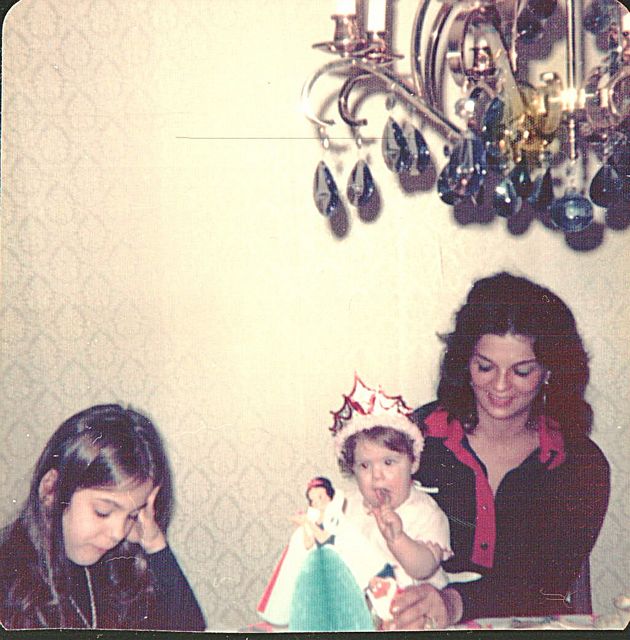 photo premiers at site 12/15/2009. It was at Diana Benero's mother's home. This photo shows cousin Carole holding Diana's daughter, Gwen, at her first birthday celebration. To the far left of picture is Carole's daughter, Andrea. This is an exclusive picture for my website and had never appeared anywhere else until Diana provided a family treasure for me to show here. Diana added this personal note: "Carole was holding my daughter and getting her pictures taken with my daughter since she was her Godmother---a very special and honorable role in Italian American Catholic households. It is an honor to be asked to be someone's Godmother and/Godfather."