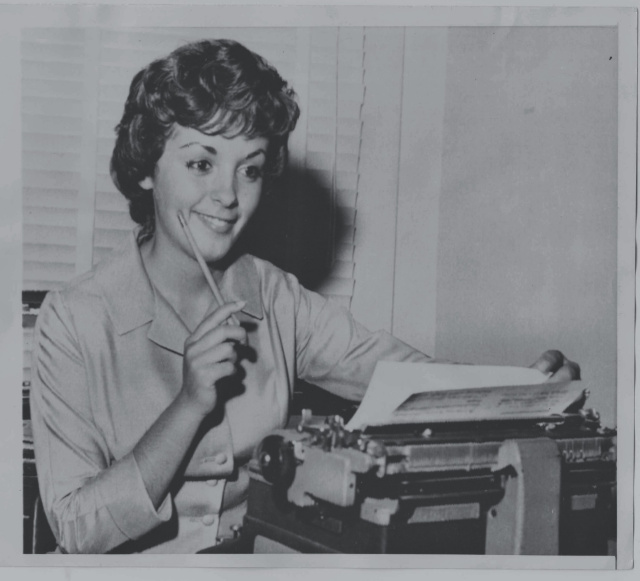 Premiered at my website today, October 31, 2015. I have seen just about all the pictures of Pat that have appeared on line and in the magazines, and I have never seen this one. I was fortunate enough to purchase it. The date of picture is July 31, 1959, while Pat was working in Hollywood writing a column for TEEN Magazine. Dick Clark had a rule about not becoming a professional while dancing on Bandstand and he asked Pat to leave the show. Much later he had her appear for a day on his show and they healed old wounds as I have heard - or at least soothed things over. This picture was taken for a news article during that time (before Internet of course) and when archived news photos are cleaned out they go to auction in many cases and if not bought up at auction, apparently other private parties can buy them. So, I was lucky enough to be able to purchase this treasure. It's such a good and clear photo of Pat. ENJOY. I believe I have bought the rights to use this so I ask that it not be copied or used without checking with me first. Thanks, everyone.