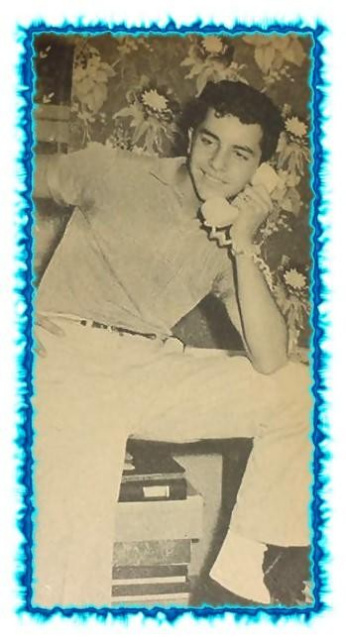 KENNY ROSSI
pic from personal collection
of Marian Driscoll of Ohio and write-up below from Marian:

KENNY BORN SEPTEMBER 9. "Ken made his first record shortly before he turned 15 and it was on the Adelphia label. It was Problem Child and Rock Away the Teardrops. It was sold by mail order and Ken hated the record. He recorded several others on Gee, Roulette and Mercury labels. I am not sure of the time line on them but some are as follows:

He appeared performing his songs on Bandstand 4 times. Toward the end of his career he recorded I'll Never Smile Again and commented that it was a Bobby Vinton look-alike song and he got turned off with what they were trying to do with him.

He was drafted into the army and that basically ended his musical aspirations as a performer. He did start two record companies after he got out of the army and recorded a song called Chickalilly which he felt had great potential but he couldn't get distribution.

During his career, they had him flying all over the country. He spent several weeks in Detroit, Atlanta, and Newport News and months in Richmond, Virginia and I know he performed in Florida as well. He recorded in Nashville and met Elvis and saw his Cadillac with the interior covered in silver dollars. He also toured with Dick Clark's Caravan of Stars for a while.

Bio written by Marian Driscoll and approved for site by Kenny Rossi.
We thank them both most heartily!

Picture directly above is courtesy Kenny Rossi and shows him in the old American Bandstand studio after it was revamped in recent years. 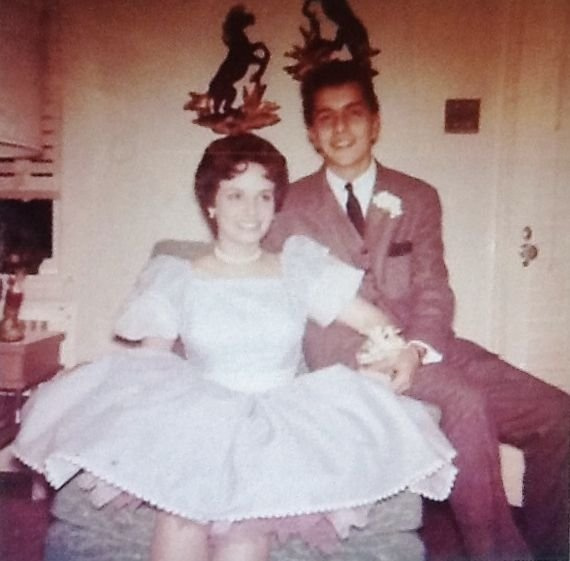