Remember if you want to make a comment at end of the topic, the turn-around-time for approval will be about 24 hours. When you post, an email is sent to the website, the comment is reviewed and if appropriate to the topic, the comment will post. Thank you for understanding the minimal screening for posting.

As a teenager in the late 1950s and early 1960s, we all knew how important cars were to us. This is something that was universal and we could certainly share that fascination with our American Bandstand friends. We might never have been able to hop in one of their automobiles and taken a few rides around Philly with them, but we could definitely appreciate any picture their fan clubs or visitors to Bandstand could share with us. So take take a ride along with me as I show here some of the cars that the Regulars of Early American Bandstand had their fun in and with. Many of these pictures were shared with me from personal collections of both the Regulars themselves and many fans--and sometimes from vintage magazines of the day. 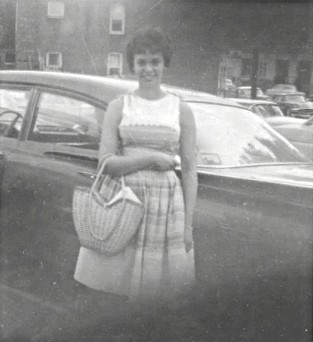 Arlene DiPietro in front of a car that looks like a 1960s Ford to me. Anytime someone has a definite correction to cars, let me know, as I only know from my years of going to car shows but am by no means the final word on vintage automobiles. 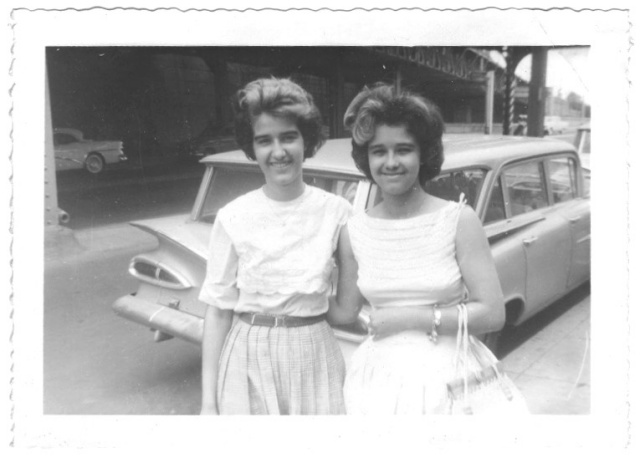 The ever popular Jimenez sisters (Ivette and Carmen) parked near the studio and ready to go hit the dance floor. Pic courtesy Don Gillis private collection. 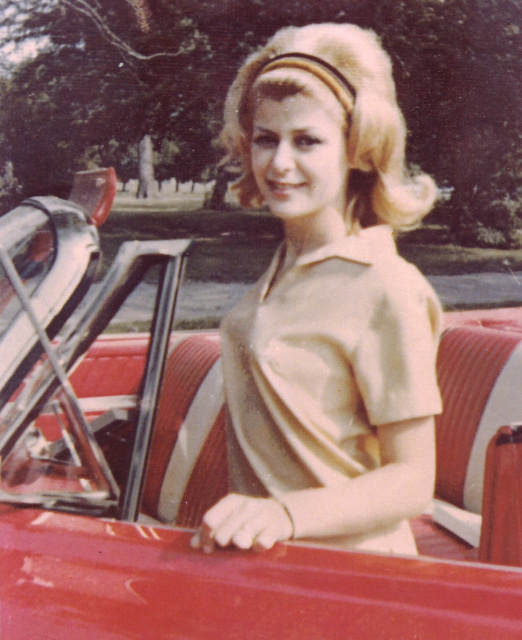 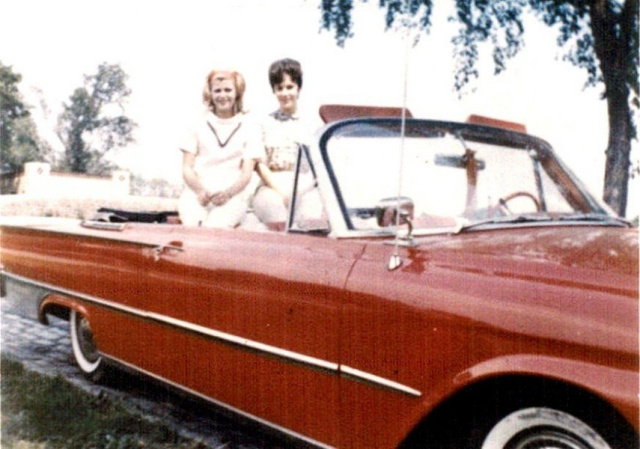 Justine Carrelli in late 60s infront of her home and automobile

And Frani wasn't the only Regular to win an automobile in a dance contest. Below are Arlene Sullivan and Kenny Rossi who won this unusually cute 1957 Isetta BMW. I did an entire Blog Topic titled I WON, I WON in July 2011. 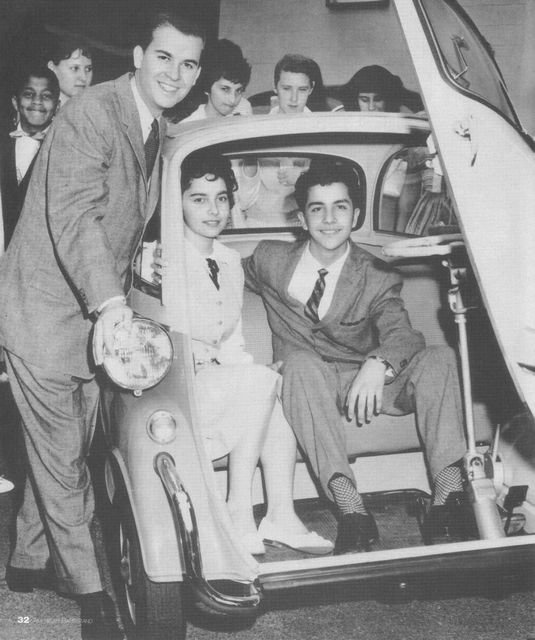 KennyRossi loved cars and here are a couple of pics of him with his new car taken in front of his home on July 4, 1960--from Don Gillis' private collection taken when he visited American Bandstand on that same day. 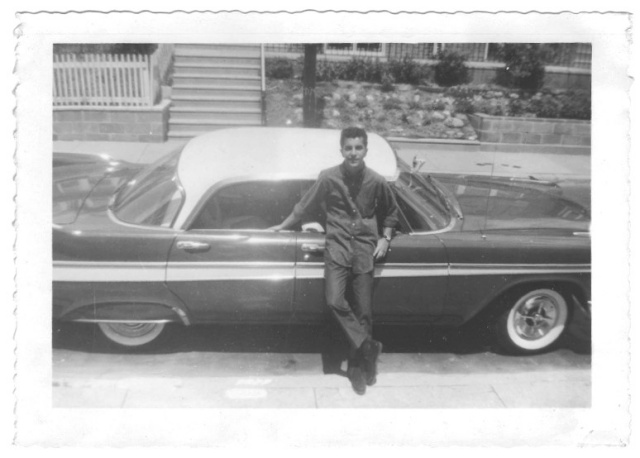 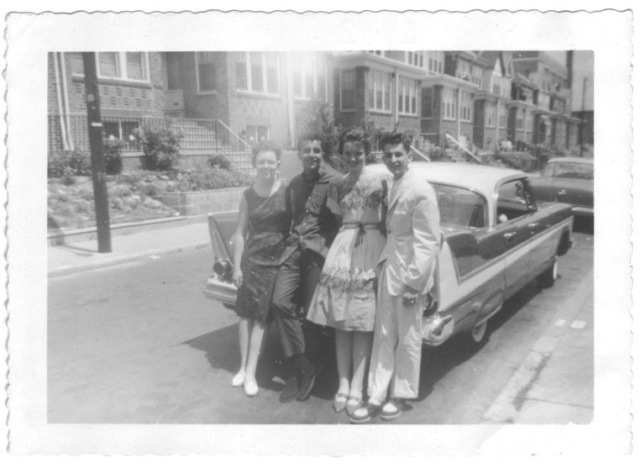 and now to Pat Molittieri and her new car> 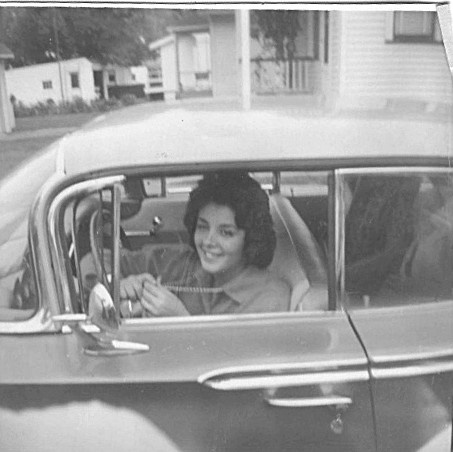 --picture courtesy Bonnie Baker's private collection given to my website 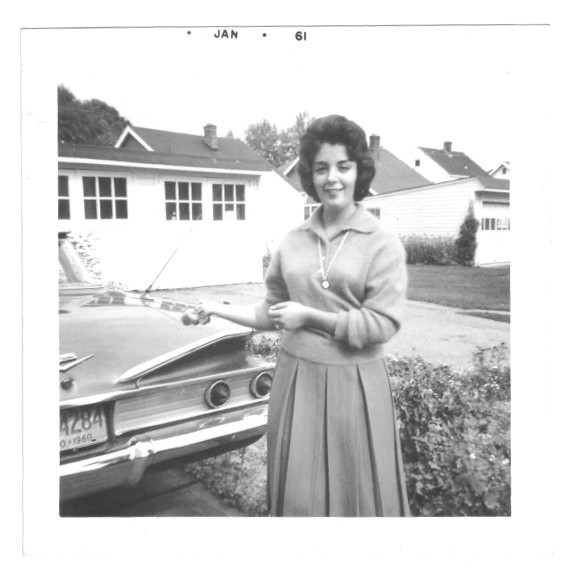 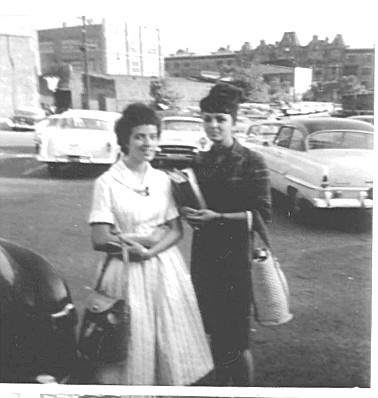 Below is Justine Carrelli and Pat Molittieri tooling around in Pat's new car--such fun. Courtesy Justine. 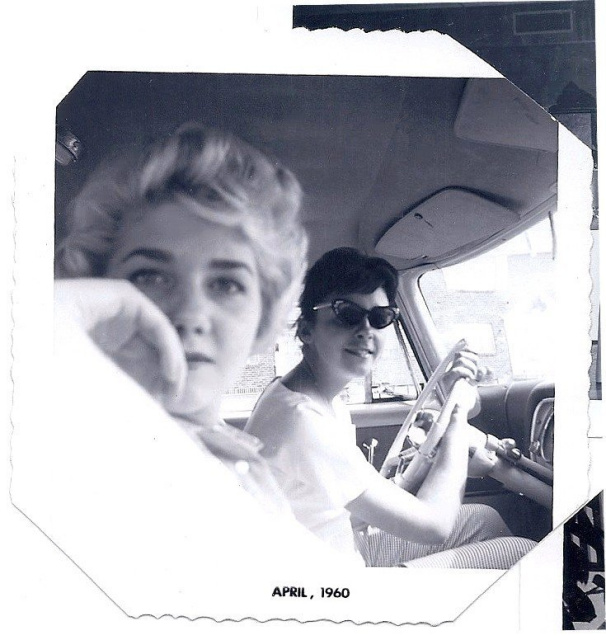 And below is Justine Carrelli with her date, taking a drive in a convertible.br> 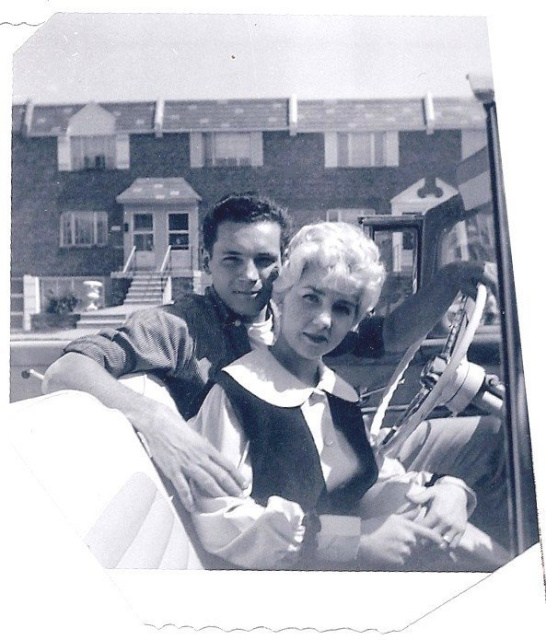 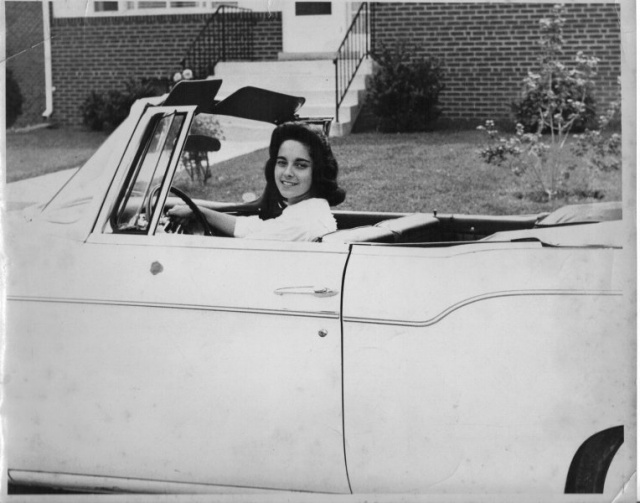